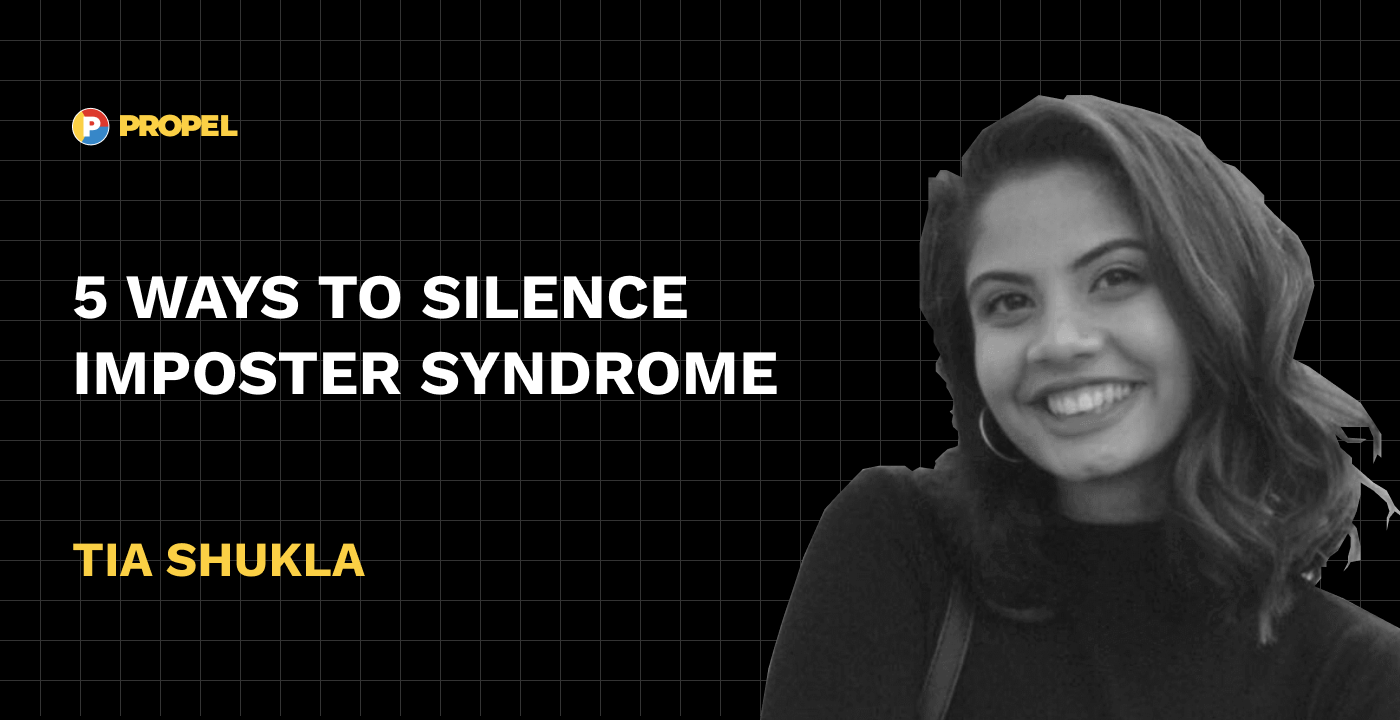 The 5 ways I learned to silence imposter syndrome 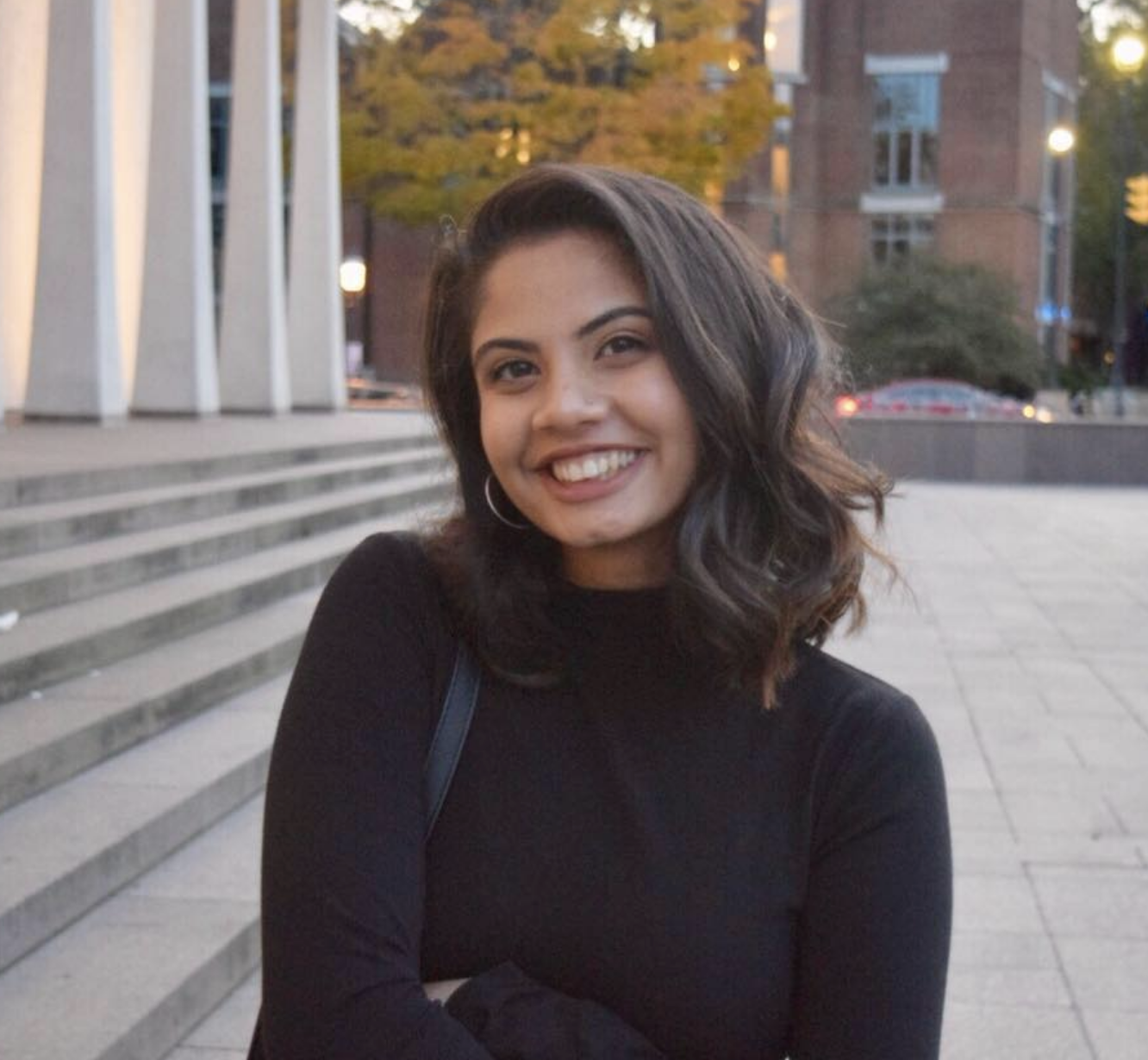 "There isn't enough conversation surrounding what to do when we feel inadequate — especially in a professional capacity. But feelings of insecurity are something that we all experience. By initiating uncomfortable conversations, we can help one another."

You know that nagging, slight anxiety-inducing feeling you can’t seem to shake when you first step out of your comfort zone? It’s known as imposter syndrome. And it comes with thoughts like “there’s no way I could do that” or “am I even capable of doing this?”

Sometimes imposter syndrome is more subtle than those intrusive thoughts. Usually it presents as thinking we just got "lucky" with getting the job and totally disregarding the hours that were spent preparing for the interviews. It can sometimes present as holding yourself to impossibly high standards. The reality is that we’ve all probably fallen victim to imposter syndrome at some point in our lives — but we always push past it, until it creeps up again.

For me, it was very present when I started my first full time job. By some miracle, I landed a project management position (that was not entry level) as my first job out of school. I remember feeling so accomplished before work started, but that feeling quickly snowballed into a paralyzing fear that I was a hack. Put simply, I had no idea what the hell I was doing. I felt that I was in way over my head.

The first week on the job, I felt my heart race whenever I had even the most menial task assigned to me, which continued to deplete my confidence. Questions like, “Do I actually deserve to be here?” or “How do people master Excel?” flooded my mind. It was a dreadful mental state to constantly be in.

When I turned to some more seasoned peers about the way I was feeling, I was often given the reply, “Yeah honestly, I still feel that way sometimes. What helped was going out after work or on the weekends.” Unfortunately, even if this could've helped create some greater feeling of belonging, I started this job in the pandemic. The solution presented to me wasn't even an option.

I found comfort and relief in knowing that I wasn’t the only person who would feel this way, but I still wanted to learn more — so naturally I turned to TedTalks and compiled my own list of hacks that helped me get past (most) of the imposter syndrome I had been feeling. Through this studying and inner exploration, there are five different ways I have learned to take back control and silence imposter syndrome.

They just don’t question themselves, instead they question their ideas and their knowledge — that's where growth happens. You have to shift your perspective.

Imposter syndrome is not just a feeling at work, it also applies to our personal lives

‍I still remember the first time going to the free weight section at the gym and I felt (and probably looked) way out of element. But I kept going.

Choose to believe the good that others see in you

I know it’s a bit trite, but there was a reason you were chosen for a position. Someone clearly sees your ability and has enough faith in you to pay you thousands of dollars. It can’t all be fake.

Instead of sitting in the feelings for months, use them as a catalyst to learn

I’ve never met someone more incapacitated by Excel than myself. Seriously, I have no idea how people do it without a mouse. But in an effort to "fit the role" I took Excel classes that I probably wouldn’t have in an effort to feel legit.

Give credit where credit's due‍

No you didn’t just "miraculously" get that job, you put in hours preparing beforehand. Don’t undermine yourself or undersell your efforts. Reward yourself for the small wins!

I’ve found that by implementing the small mental and tactical changes above, it’s a lot easier to manage imposter syndrome instead of going into full freakout mode. Accepting that you feel like a fraud is the first step, then reminding yourself that you’ve gotten past it several times before and will continue to do so helps.

The lesson that I learned most from dealing with this is that the most effective way to get past it is through it.

I don’t think there’s enough conversation surrounding when we feel inadequate — especially in a professional capacity. It’s something that we all experience and by initiating uncomfortable conversation, maybe it could help others. I hope you walk away learning something new and if not, at least feeling like you’re not alone in your doubt.

Great, You're in 🎉! The next edition is on your way!
Oops! Something went wrong while submitting the form.
Learn more about propel→
Mental Health
No items found.
The Propeller →
Back to Top